“...a force to be reckoned with. She is an incredibly powerful and talented artist (guitar, vocals, songwriter) who is so groovy, so funky, so electric, I often sit there agape when I watch her play. Mary seamlessly blends R&B, funk, and soul in a way that is akin to a blazing fire starting from rubbing together two sticks of wood. She enters a silent stage and in no time creates enormous, infectiously groovy energy where there was none. Watching her, you don't want to blink, less you miss a moment of her dynamic presence and complete pouring out of her soul on stage.”

Coming with a siren's voice and wielding a soulful guitar, Mary-eL brings a blend of original music steeped in the sounds of rock, r&b, soul and funk!

A singer-songwriter and guitarist from Alexandria, Virginia by way of Indianapolis, Mary-eL is injecting edgy rock and soul into the DMV music scene. This Jill-of-all-trades has hosted her own radio show, acted in short films, co-hosted local TV programs, is a highly sought-after studio session vocalist, is well known for her energetic stage presence, and as of September 2020 is a PRS PULSE Artist.

Over the past few years Mary-eL has shared stages with numerous greats including the time she performed with John Kadlecik (Further, Dark Star Orchestra), Ron Holloway (Warren Haynes, Tedeschi Trucks, Little Feat), and Beau Sasser (Kung Fu) at the 2015 Peach Festival, sang background vocals for Melvin Seals & the Jerry Garcia Band at the 2015 Lockn Fest, and even had the privilege of performing with Roger Waters (Pink Floyd), G.E. Smith (Saturday Night Live, Hall & Oates), Tom Morello (Rage Against the Machine), and Billy Corgan (Smashing Pumpkins) at D.A.R Constitution Hall in 2015 for a MusiCorps benefit concert! That same year she embarked on a 6-week, 27-city tour with the John Kadlecik Band as both a vocalist and guitarist. In July of 2016 she opened for the legendary Allman Brothers Band drummer, Butch Trucks & the Freight Train Band! Summer 2018 she was part of a 3-night run with Melvin Seals (Jerry Garcia Band), John Kadlecik, Jay Lane (Primus, Rat Dog), and Robin Sylvester (Ratdog)! Her most recent notable gigs: background singer for Melvin Seals & JGB for various dates in the fall of 2019, and the final Gypsy Sally’s shows as both a singer and guitarist for the John Kadlecik Band and the Mary-eL Band.

As an original artist she has performed in many popular venues around the local scene such as Rams Head Live & Rams Head Onstage, Black Cat, Union Stage, Pearl Street Warehouse, DC9, Rock and Roll Hotel, the 8x10, State Theater, Howard Theater, Baltimore Soundstage, Hard Rock Cafe DC, AMP by Strathmore, and even the French Embassy! A few of her songs have been played on various radio stations and programs including Ocean 98.1 FM, KNHR: No Hits Radio (Texas/Canada), The Kitty Opal Show (UK), and the No Filter Sports Radio show.

When she’s not out performing her original music with the Mary-eL Band or providing vocals in the studio, you can see her performing from time to time with her fellow musical cohorts in the area such as Sol Roots, Ron Holloway, Chuck Treece (McRad, HR/Bad Brains), or even over the airwaves on radio commercials for the DC Lottery and Roy Rogers!

No matter the venue, genre, or medium one thing's for certain: her passion for music comes through in her performance and it is both consuming and contagious!

The PRS Guitars Pulse Artist program is designed to support leading local artists around the world. While PRS is known for A-list artist endorsements from Carlos Santana, Mark Tremonti, John Mayer, and more, this program turns the focus to PRS players who are making waves in their local music scene.

“As the world of music progresses past big-budget label deals and relies more on discovery, we wanted to develop a program that supports and showcases influential regional players,” said Bev Fowler, Director of Artist Relations. “We are excited to be able to help amplify these musicians and their art and help to connect more people through music.”

“...a woman guitar player, center stage, taking leads - it is refreshing and Mary has a really great stage presence. Her femininity is quite obvious, yet it does not color her playing. She's not a 'female guitar player' she's a guitar player....how many bands in this scene have an up front female player - not just singing backup but taking the reins at times? It's really enjoyable, and the audience had a really strong response to her material, presence, and performance.” 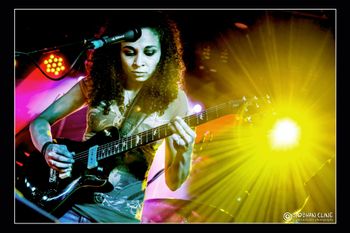 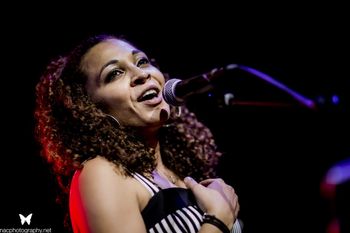 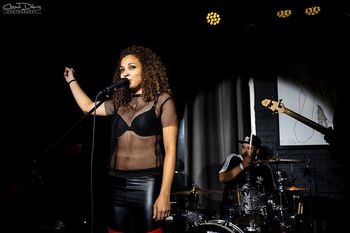 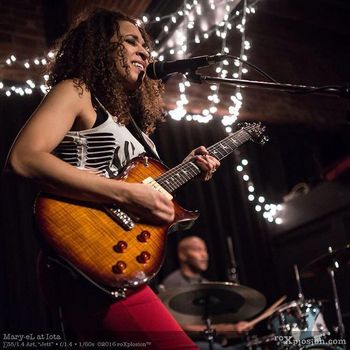 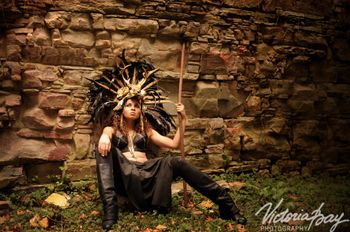 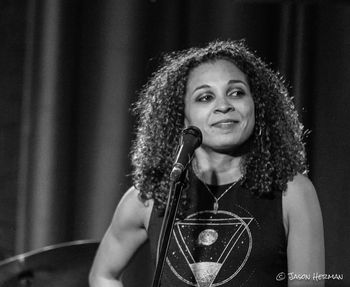 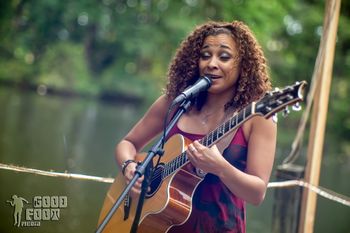 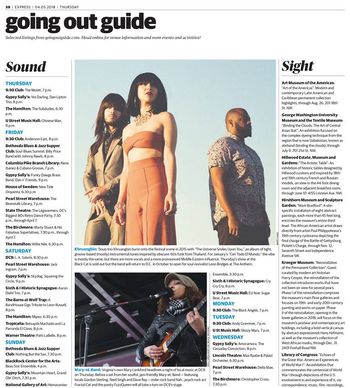 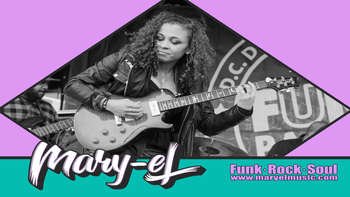 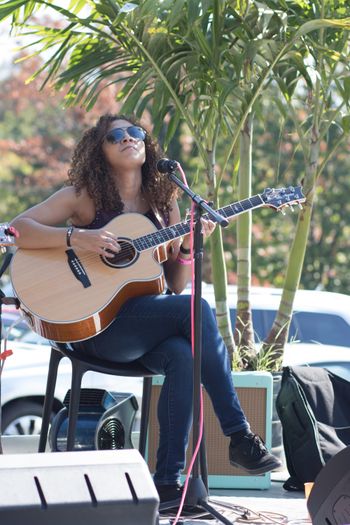 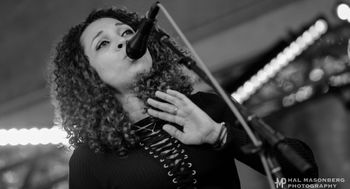 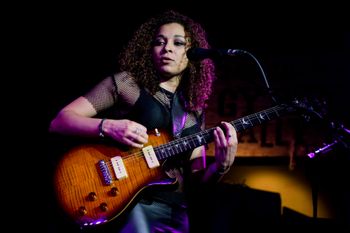 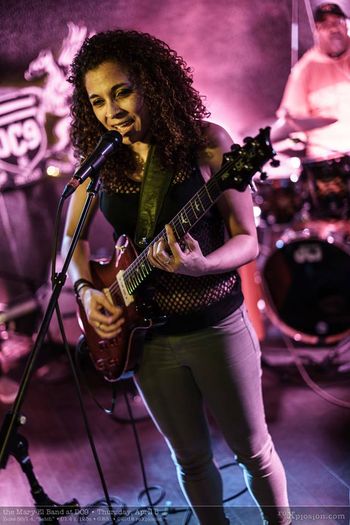 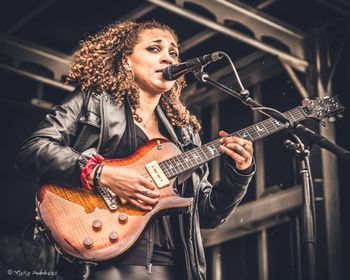 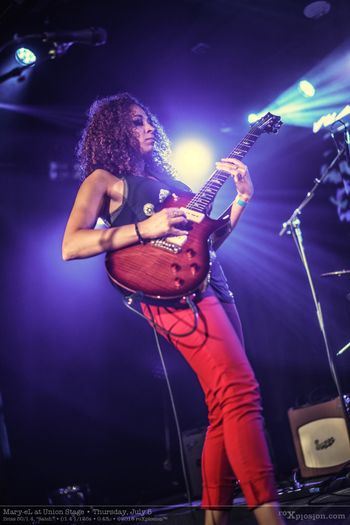 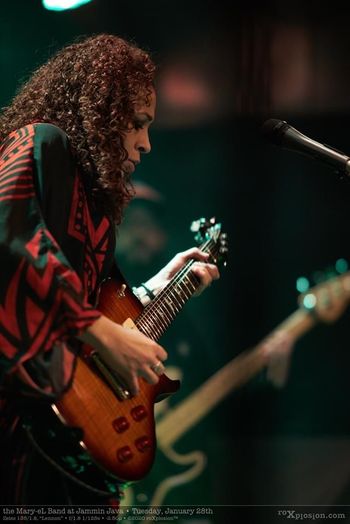 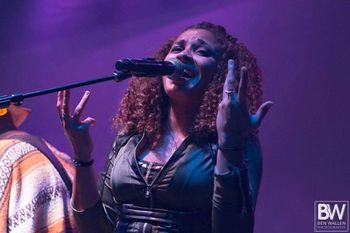 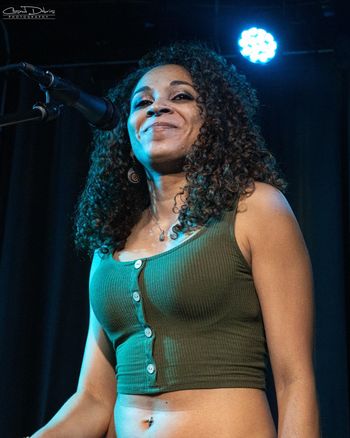